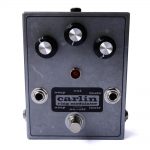 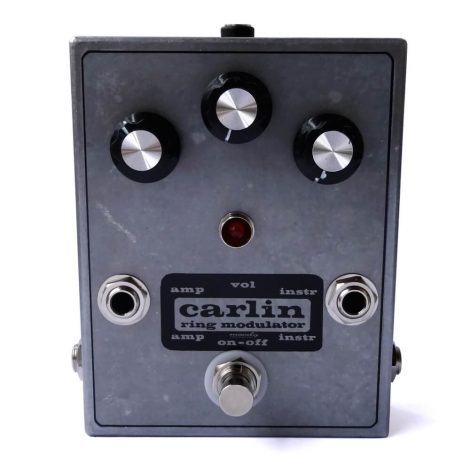 “A “ring modulator” is a device that will multiply any two signals, thereby creating sum and difference frequencies, originally often used in telecommunications, but also useful in music. When I designed my version decades ago, I intended my circuit for experimenting, allowing the user to combine any musical sound signals to find musically interesting combinations, with total flexibility as to where the signals come from. It can let you combine guitars, keyboards, organ pedals, microphones, or whatever, playing in polyphony (such as octaves) to get meaningful more or less harmonious sum and difference tones. Also, you can connect an instrument to both inputs at the same time, getting a frequency doubling!

There are “ring modulators” today that include a variable oscillator to supply one of the two signals, letting the user play an instrument for the other one… Sorry, by purpose, mine does not…” – Nils Olof Carlin

Level of difficulty: 4 (of 5)
The manual to Carlin Ringmodulator v2 kit (English)