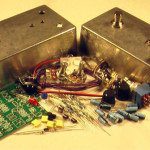 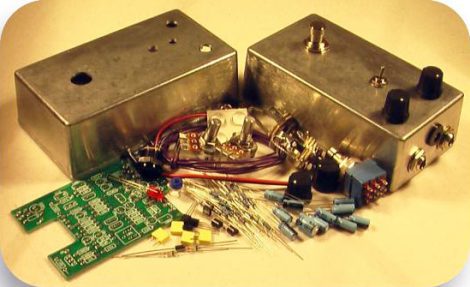 Named after the legendary Live at Leeds recording, the BYOC Leeds Fuzz…

This product is currently out of stock and unavailable.

Named after the legendary Live at Leeds recording, the BYOC Leeds Fuzz is a faithful recreation of the Univox Superfuzz, but without the big funky box. If you’ve ever played a Superfuzz, then you know that Pete didn’t come up with the idea of doing windmills…..the pedal made him do it.

The expander knob can take this fuzz from raspy grind to over the top, with tasty octave overtones unlike any other octave fuzz. The two position tone switch goes from tight scooped out mids to flat EQ with a wide open feel. It’s almost like having two completely different pedals in one box. This is the more sought after version of the circuit that has a trimpot to adjust the octave amp.

The kit comes with higher quality components than were used in the originals like 1% metal film resistors and 5% box metal film capacitors, so it’s a little less noisy, but still has N.O.S. Panasonic 2SC828 transistors and germanium diodes to ensure that it has the authentic vintage mojo to get you that sound.