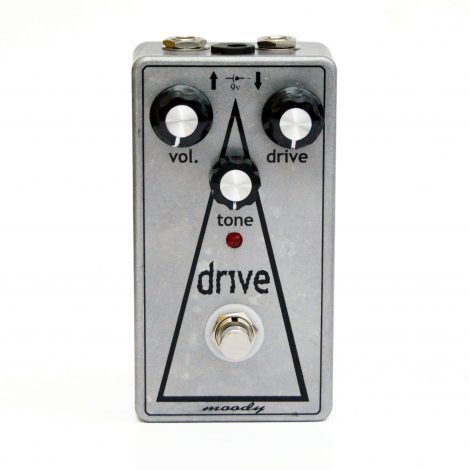 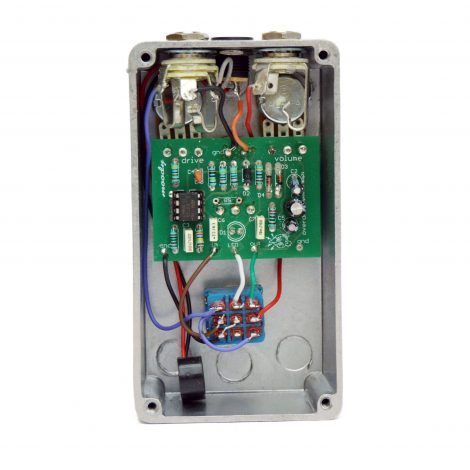 Operational amplifiers must have been seen as “next generation” by the end of the 60’s. The Fuzz Face is a transistor based fuzz and pedals like the RAT and MXR distortion+, which came a few years later, are built on OP-amps. There are many pedals in that family, what separates one from another is very often not more what resistors and capacitors that are sitting next to the OP. The amplification of the OP can be controlled id different ways and there are different ways to place the diodes to create the cut-effect of a distortion pedal. But in general, many of the OP-amp based pedals from this time are similar. Not said they sound the same – choice of component values mean a lot to the sound!

Moody Overdrive kit is based on an OP amplifier and two diodes clip to the signal and create dist if you turn up Drive high enough. It is an easy thing to put sockets where the diodes sit and work with different clippings. You can also disconnect them to get a circuit that clips naturally, when the amplitude becomes so large that it “hits the ceiling”. Or why not set a toggle to switch between different modes? If you build it according to the manual, you get a pedal with the same drive and diode locations as a RAT. In the first version, Moody Overdrive is slightly kinder than the RAT and maybe a little more middle-treble.

You can easily increase or decrease the lows by replacing a capacitor. It is also easy to control how much overdrive there should be in the circuit. Some modification components are included for those who want to try it out.

Level of difficulty: 3 (of 5)
The manual for Moody Overdrive kit (v4.1 English)

Be the first to review “Moody Overdrive kit” Cancel reply